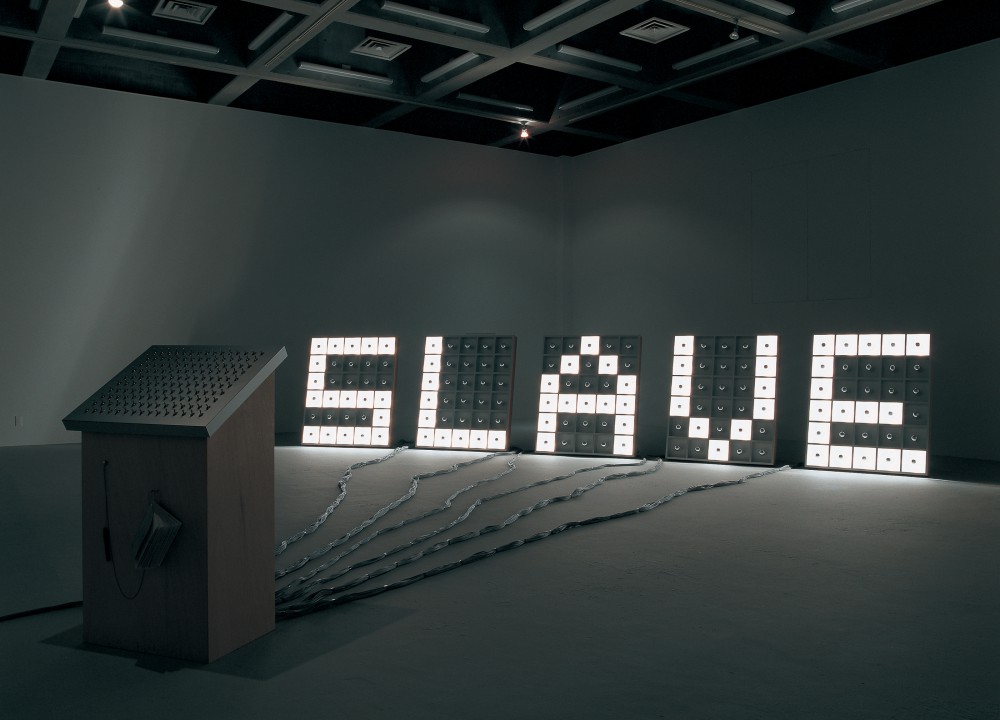 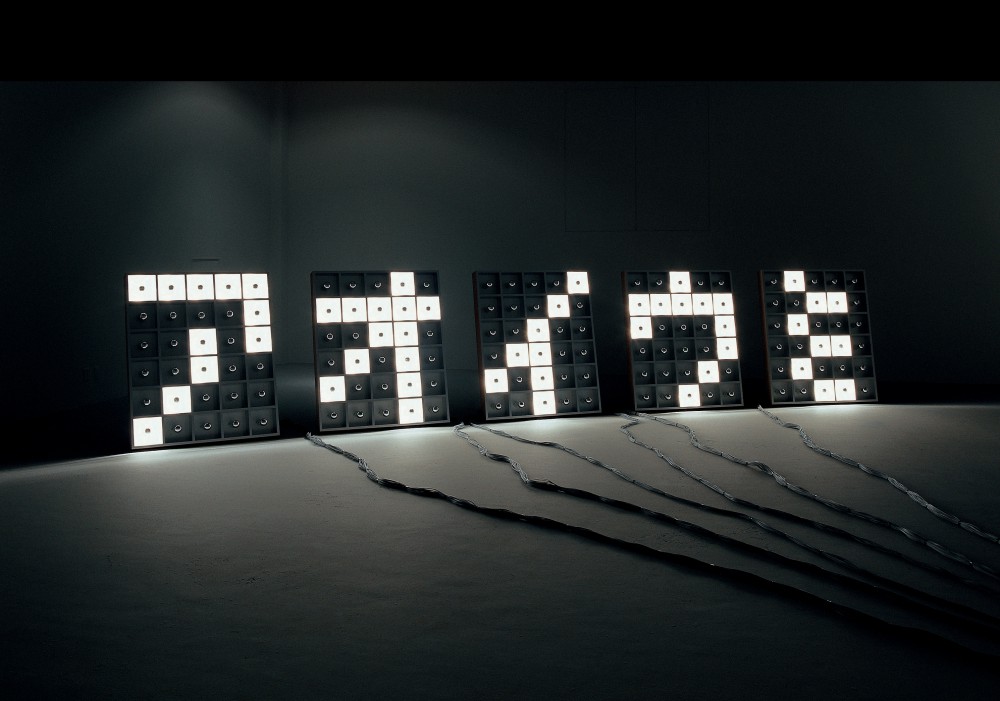 In the SLOWMOTION space built for this exhibition, Ohanian invited the viewers to produce through his pre-historical computing machine different letters/words/signs on five lightning boards placed into the gallery space, in the process where the viewers acts as a computer.

On the opening day the word SLAVE appeared on the boards as a hypothetical starting point and on the final day of the show the word VALSE operates as a hypothetical ending point. During this time, the space became the place of countless small modifications free-performed by the visitors.

The duration of the exhibition was recorded by a numerical transposition of each act transferred on a pad by the visitors and this encoding was used tore-produce all the signs into the book produced by CCA. A potential collective poetry.

Melik Ohanian stayed at CCA Kitakyushu as Professor of Research Program from the end of October to November 2003.