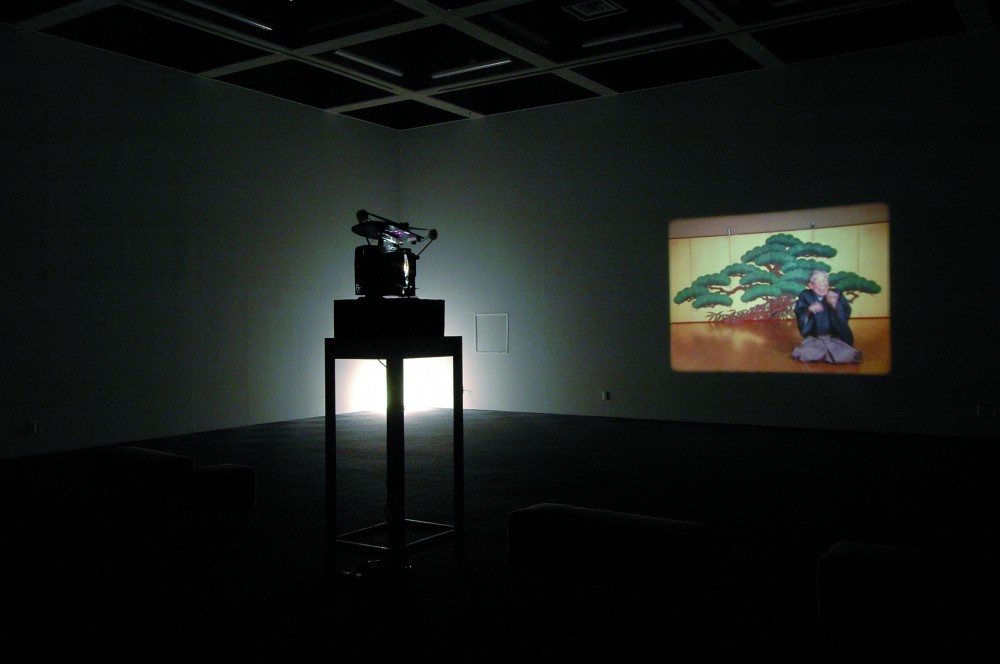 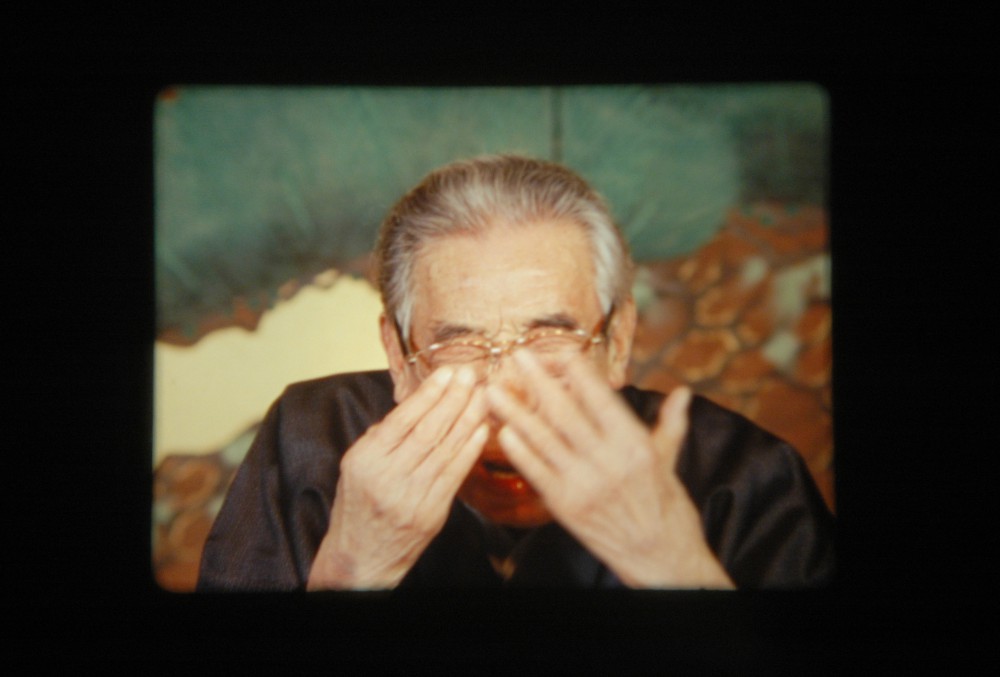 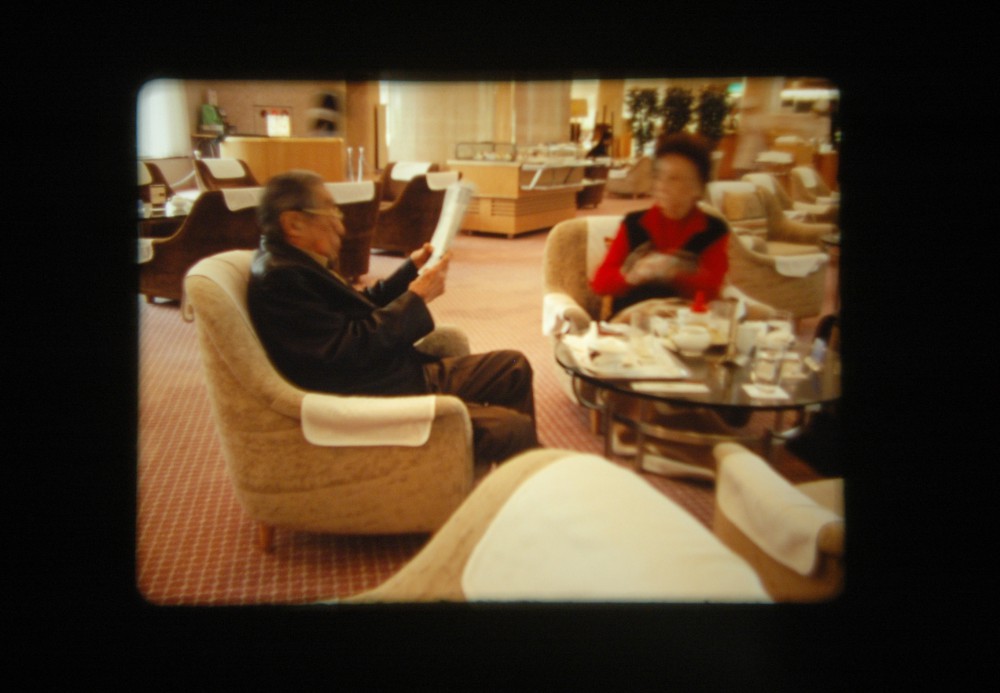 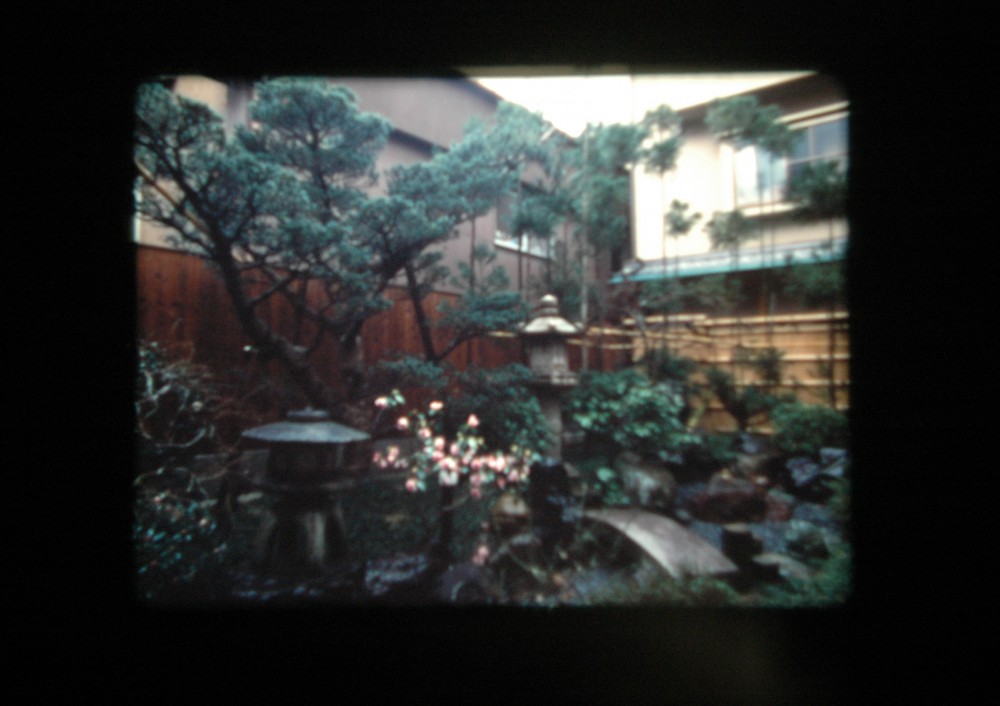 For her project at CCA, Dean chose to film a Japanese “human treasure”, a term denoting someone who has been classified by the government as reaching the top of their craft or performance skill in the traditional arts, literally someone with “Important Intangible Cultural Properties”. Dean’s human treasure was Sensaku Shigeyama, an octogenarian performer of Kyogen, the traditional comedy of Japan, and a household name in his country.

Dean admits to deciding upon the project purely because she liked the idea of a human treasure. Therefore her starting point was one of ignorance and trepidation, both about the identity of her subject and the nature of their art. The resulting fifteen minute film becomes a tender, if somewhat distanced, portrait of Sensaku and his wife in their daily life: breakfast every morning at the same Kyoto hotel, home with his own performance stage, now seemingly also used as a centre for Kyogen for his sons and grandsons, as well as tea with gathered company in the afternoon. Human treasures are difficult to get close to; they are literally treasured by the society that nominates them as well as those close to them. Despite this, Dean’s film touches something of the man behind this great national burden.

Tacita Dean stayed at CCA Kitakyushu as Professor of Research Program from March 15 to April 9, 2006